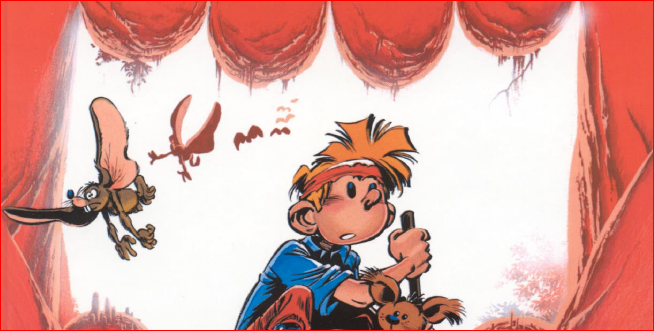 After many years of living in Berlin, I finally managed to bring over my comic book collection. Like practically any Belgian kid, I used to be pretty hardcore about collecting these – and even though I later moved over to manga and US comics, my old collection still holds a special place in my heart.

Back then, I mainly had a thing for Spirou and Fantasio (or Robbedoes en Kwabbernoot as they were awkwardly called in Dutch). These adventures, who reached fame penned by the legendary Franquin, simply spoke to me, and I devoured them endlessly. Later, as the characters drove Franquin into depression and he moved on to other projects that were no less brilliant, other artists took over with varying success. Along with the artist, the art style and the adventures changed.

When I was a kid, these artists were Tome and Janry. I loved what they came up with. Along with them, they sent Spirou fighting against a robotized Marylin Monroe, changed the colour of his skin, sent him to a mob-overrun post-iron-curtain Moscow… and into the Vallée des Bannis.

That was my favourite album. In it, Fantasio would get stung by a poisonous mosquito, which rendered him uncontrollably aggressive. Suddenly, the friends became sworn enemies, as Fantasio was sick of standing in the hero’s shadow. If Spirou were to die, Fantasio would be the hero instead of the underdog! Of course, ultimately, friendship conquered all. Spirou and Fantasio were, after all, best friends. But it was the way Tome and Janry chose to frame it that made it special. 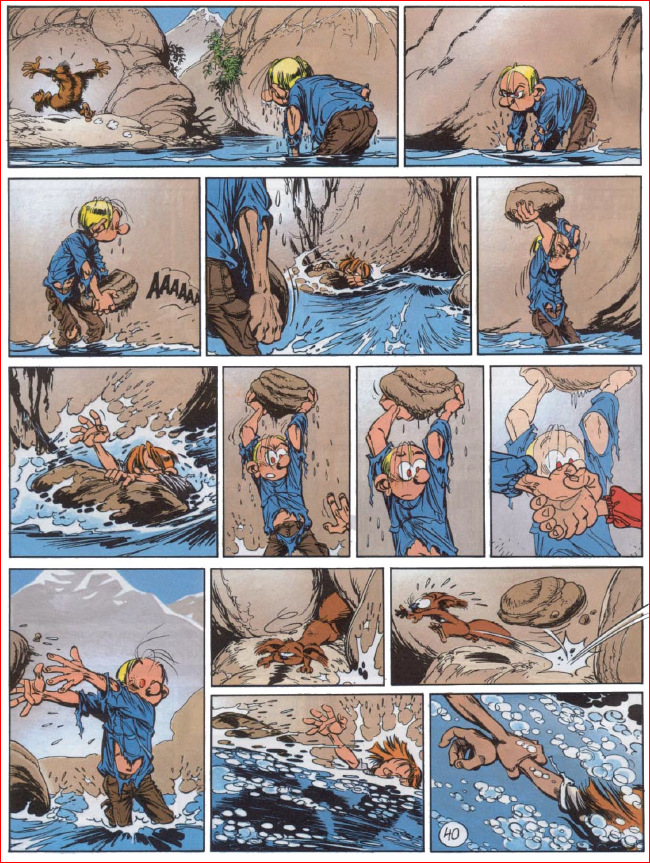 (That hand thing is a reference to the very start of this book, where our two heroes reach out for each other as they are stuck in the dark.)

I had never seen anything like it. There was no text – only a highly cinematic piece of visual storytelling. Up to that point, I had seen comics as novels with pictures in them, where text balloons were used to get a point across. But that one page changed the way I thought about comics for ever.

And it continues to do so to this very day.

I’m so sorry. I feel so bad. Remember this post? The one where I went on and on about what shitty pulp books I liked? Turn out I forgot to mention my all-time favourite book and the only one worth a damn on that list:

Because I stumbled upon this great summary of why Slaughterhouse Five is so great. Thanks, John Green!

Sometimes, the universe has a funny way of bringing things together. It’s the premise of every movie involving a car crash — and it’s how I ended up reading John Green. I had watched hundreds of Youtube videos of him explaining the history of the world, eyerolling every time he started talking about “his books”, thinking that this guy must be a pretty poor writer if he needed a Youtube history channel to promote his novels, yet somehow failing to realize his book is lying right next to me and it is friggin’ awesome.

So you could say that that book – The Fault in our Stars – is my Amores Perros, my Crash, my Thelma and Louise (or wait, no, that one’s an entirely different car crash).

Go read it. Even if it’s about fifteen year-olds with cancer, has no violence and features the worst kind of Americans in the world: The ones visiting Amsterdam. I know there is no possible pitch that will make you voluntarily read this book – but if the mind control powers I got by achieving rank 7 at my scientology meetings work, that should be no problem.