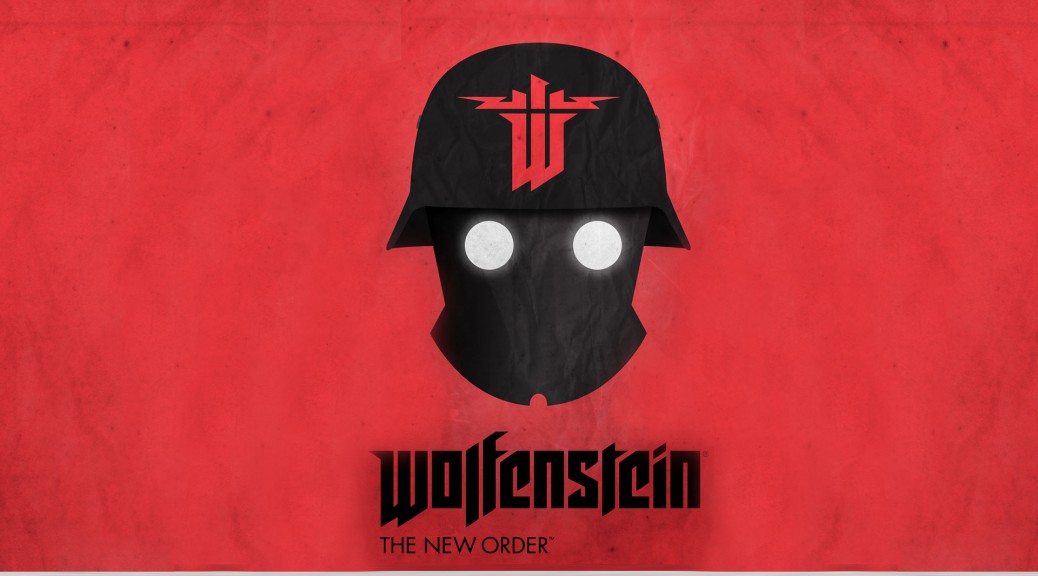 Lot of stuff happening at the moment. Writing, reading, planning… It’s kind of crazy. Yet admidst all this chaos, I still find time to play a game — in this case, Wolfenstein: the New Order. And it’s pretty brilliant.

We all know Wolfenstein from the first person shooter that changed the world back in the nineties. Suffice to say the franchise has fallen from grace since then — that is, up till now.

I don’t want to spoil too much, but New Order takes place in an alternate universe where Nazi Germany dropped an atomic bomb on Manhattan and in doing so, won World War 2. From this general idea stems a dystopian world in which the Nazi ideology is taken to its horrible extreme.

The thing is: We’ve seen this before. There’s tons of movies in which the Nazis are made into a depersonalized science fiction-like threat. In that aspect, New Order is no different: its world is grey and menacing and its inhabitants stereotypically amoral. Yet New Order does something right a lot of other games do wrong: It creates a compelling main character in B.J. Blazkowicz.

Blazkowicz (voiced by a downright amazing Brian Bloom) is a seriously troubled character, haunted by the demons of war – and amidst the gargantuan action pieces, the game takes its time to let the character breathe. He whispers to himself. He starts a tragic wartime relationship. And whatever he does, the game never gives him a break. He’s the essence of a tragic character.

In this way, the game reminds me of the excellent Spec Ops: The Line. Yet whereas The Line was pretty balanced in its evolution from heroic shooter to apocalypse now, taking baby steps and then chucking us head-first in the abyss, New Order takes a different approach: It nearly suffocates us with its horribleness and then lets us catch a breather — before starting the whole process over again.

The game’s out on Steam and on pretty much every console. I recommend the international version, which switches between brilliant directed German, English and Polish as you blast your way through Europe. Plus, the German language version is obviously censored – albeit slightly.

Oh, right, the whole gameplay with shooting dudes thing is also done quite well if you’re into that sort of thing. But who cares about gameplay anyway…?