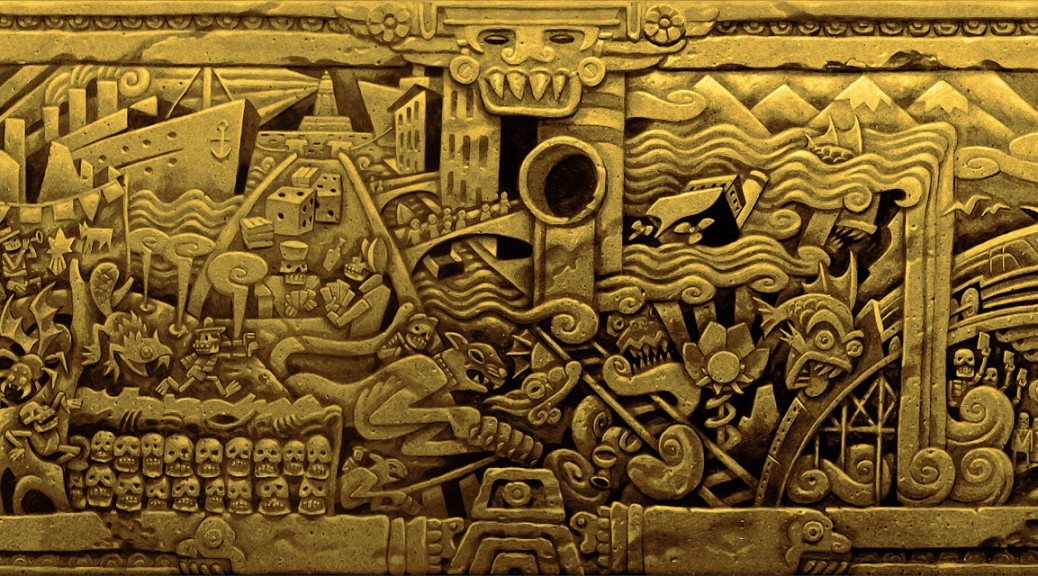 Now, of course, you might not be a huge nerd like me, so this might just be five words, four of which make no sense – but to me this is a pretty big deal. Grim Fandango – a Lucasarts adventure game from 1998 about crime and corruption in the land of the dead – was a huge part of my youth, one I couldn’t experience anymore because the damn thing wouldn’t run properly on modern PC’s.

A brief story sketch: In this game, you take on the role of Manny Calavera, a travel agent in the land of the dead – a place all souls must traverse before reaching peace in the ninth underworld. You follow him on his epic journey looking for a woman named Mercedes Colomar, whom he erroneously gave the wrong travel package – and as you do, you uncover a network of organized crime. The game is filled to the brim with film noir references and spectacular writing. It’s safe to say Grim Fandango remains, to this day, the best-written adventure game, with strong dialogues, amazing characters and a story concept that manages to be witty and dramatic at the same time.

Yet knowing what happened between 1998 and 2015, Grim Fandango feels like an oddity. It was a expensive production, one that flopped financially, and that put the final nail in the adventure game’s coffin. People were done with adventure games – the move in the three-dimensional worlds created much more exciting ways of interaction, and adventure games started to feel stale and weird in comparison. For all the praise I’m giving Grim Fandango, upon replaying it I cannot help but facepalm at some of the puzzles. I mean, come on, what the hell is this supposed to be:

It reminded me I played the game with a walkthrough back in 1998 – there’s just no fun in figuring this kind of random stuff out. One particularly vexing puzzle later in the game has you combining random pieces of dialogue from different people into a date, which you need to get a certain item. There is nothing in the game that nudges you towards the right solution.

That said, I’m incredibly happy Grim Fandango was rereleased. It’s a true classic, a somehow timeless piece of art that showcases an era, and the height of a genre that was inevitably on the way out. You can get it on GOG.com, and you really should.