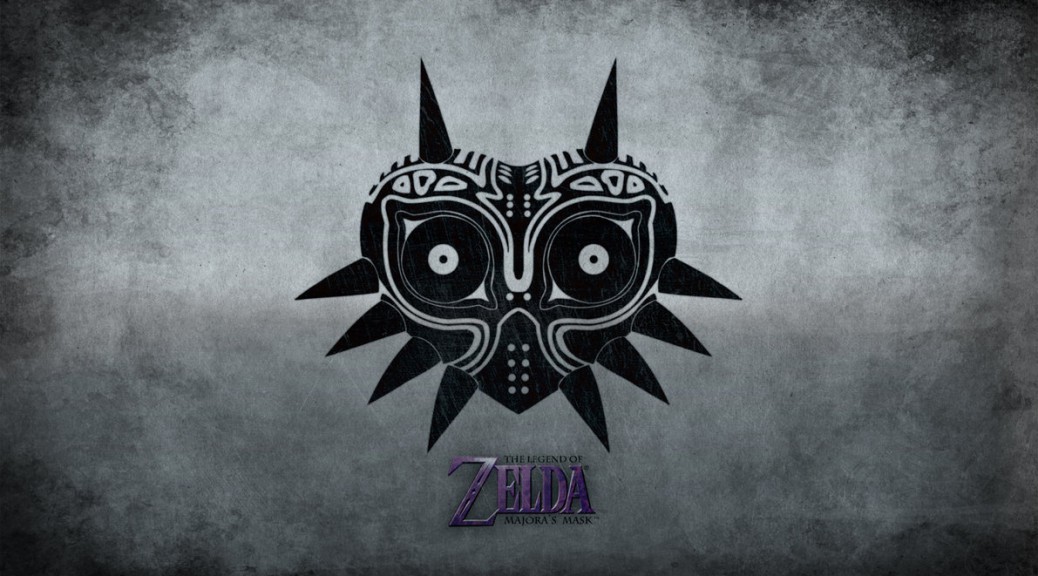 Allow me to give you the lamest shock ever: I’ve played pretty much every Zelda game. I kicked blue knights’ ass in Adventure of Link, I spanked the Dark world and Lorule, showed the underwater Hyrule who’s boss and went back and forth through time more than I can remember.

But I have never. Ever. Ever. Played Majora’s Mask.

Which is weird, because I absolutely adored the concept: A compact world where you get three days to do as much as you possibly can before the moon crashes onto the earth and wipes everything out, forcing you to turn time back to the beginning.  (I don’t watch Doctor Who, but I think wibbly-wobbly timey-wimey is in order.)

Until the most elementary schoolish thing happened: I got it for my birthday. It was wrapped and everything – I can’t remember when I last unwrapped a video game! Hell, I didn’t even know they still came in boxes!

So I’ve been plowing through Majora’s Mask. And loving it.  Dark, twisted, hilarious… And an absolute blast to play.

Thanks, friends, for knowing that you’re never to old to feed your inner child.