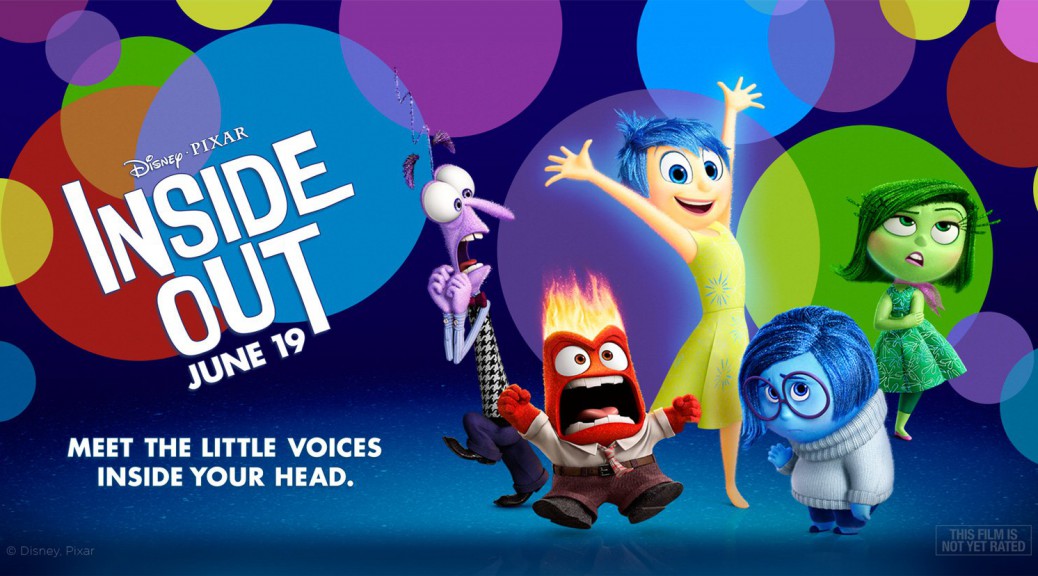 Pete Docter is my hero.

If you’re reading this and you’re not into animation, you’re probably wondering if I suddenly got ill and got treatment by a back alley surgeon with a redneck name and mild dyslexia. If you are, you know Pete Docter is the Pixar genius behind the incredible Monsters Inc and UP. Both movies walk a tightrope between absurd and emotional and do it effortlessly and with style: Monsters Inc pits the absurd world of monsters against the realistic emotions of a toddler; UP features flying houses, talking dogs and the most heart-wrenching story about loss ever.

So yeah, Docter’s my hero, and you will forgive me for having a tiny orgasm when he announced Inside Out – a movie in which we would be introduced to the emotions inside an eleven year-old’s head.

Don’t know what I’m talking about? Here’s a trailer (along with my cold, cold shoulder):

I watched Inside Out for the first time in Belgium back in May. It was brilliant, which made my heart sink, because that meant I had to write a blog post about it. I then proceeded to stare at an empty page for hours on end. This movie was so good, I didn’t know where to begin. And now, having seen it multiple times, I still don’t.

Do I start with the fact that the entire movie theater burst into tears at the end every time I saw it? Or how elegantly a highly complex theme is introduced in the first ten minutes? Or how it switches between two worlds at the drop of a hat without ever being disorienting or confusing? Or about how little that trailer actually spoils about the actual movie (“Who’s your friend who likes to play?”)? Or how its climactic scene not only holds an emotional truth, but a developmental one, too?

I could write essays about Inside Out. But because it’s a scientifically proven fact no one reads lengthy articles on the internet, I’ll just say this:

Peter Docter is my hero. And after Inside Out, he’ll be yours, too.