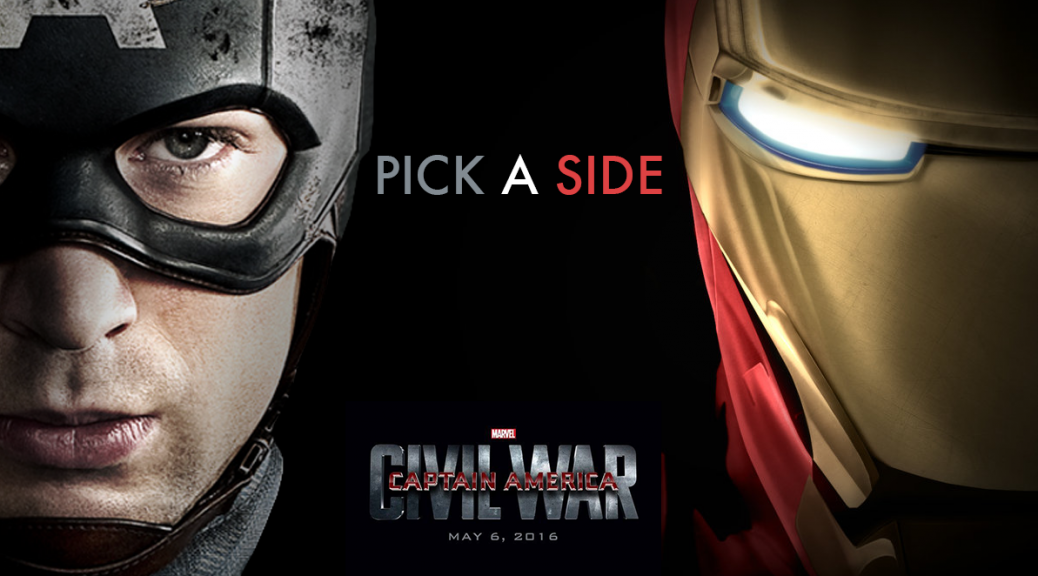 I’m gonna be really honest: I’ve started getting a bit burned out on the Marvel Universe. The creeping feeling started when I watched Age of Ultron, and has been steadily growing ever since. Obviously, Marvel brought this upon themselves, with their incessant flow of movies and series that are supposed to be different, but have striking similarities in story and tonality: Bad guy comes in, funny banter, fight scenes, Stan Lee cameo, more funny banter – the end.

And this is why I advise you go see Civil War. No, not for the Stan Lee cameo, but to see a Marvel Universe movie that’s strikingly different from any that came before it. There’s no Ultron. There’s relatively little funny banter. Even the battle scene at the end decides to keep the floating cities and black holes to a minimum.

But Bert, you ask, why should I go see a Marvel movie without Marvel things? What’s the point if the Hulk isn’t going to use Tom Hiddleston as a club??

Because for the first time, every beat in this movie is driven by emotion. Civil War might be the darkest Marvel film to date, and while it takes about an hour to align all the pieces, it does so effectively. You understand Steve. You understand Tony. You see why their fight is inevitable, and yet you root for their friendship.

It should come as no surprise that Zemo, played by Daniel Brühl, plays a relatively small role in this story. Compared to Loki or Ultron, he’s weak and vulnerable – but like every character in Civil War, he is filled with relatable emotions and you really understand why he does what he does.

In short, I think Civil War might be the closest Marvel will ever get to a tragedy – and I’m so happy they pulled it off.