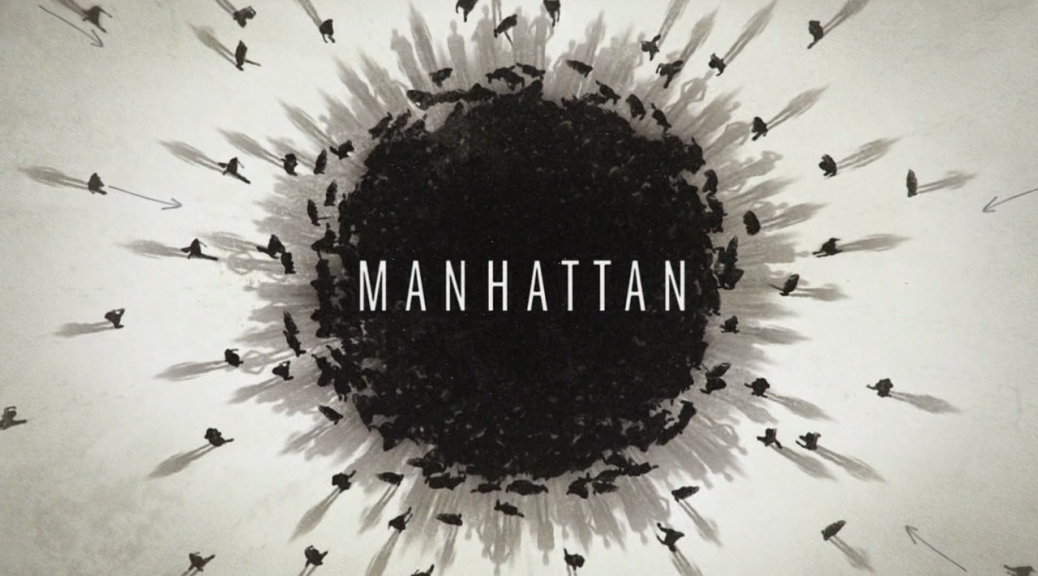 Charlie: You’re working on an atomic bomb.
Akley: We prefer to call it a gadget.

I’ve got a thing for 20th century history. In fact, I think my favourite works of fiction revolve around recent history: The Amazing Adventures of Kavalier and Clay, Boardwalk Empire, Maus… Hey, my whole moving-to-Germany adventure? Started with Good Bye Lenin. Guess I’m kind of a nerd.

So it’s surprise to precisely no one that I instantly fell in love with Manhattan. A show set in Los Alamos, the top-secret base where the Manhattan Project unrolled, starring the physicists that developed the bomb? If there’s an itch that can never get enough scratching, that’s the one.

Manhattan revolves around Frank Winter, a brilliant physicist in charge of creating the atomic bomb. Surrounding him is a team of cracks – and their accompanying wives and children, who gave up their lives to follow their husbands to a top-secret city in the middle of the desert, not even knowing what their spouses were doing. The show’s a fantastic mix of personal stories and espionage, told against the backdrop of the biggest (and scariest) invention the 20th century has given us.

Unfortunately, the show completely flew under the radar, gathering a small following of rabid fans completely enthralled by the brilliantly plotted espionage and intrigue the show offers – so it surprised no one when it was canceled after two seasons (I think three were planned). And while I know how insanely frustrating it can be to watch a show knowing there’ll be no exclamation mark at the end of the sentence, know that the end-of-
season-two cliffhanger is one of the most cathartic TV moments of the year and one of my favourite scenes ever.

So if you’re in love with big dramas in small settings revolving around huge explosions but not actually featuring any – this is your show!

And if you’re not convinced – check out its Emmy-winning intro: