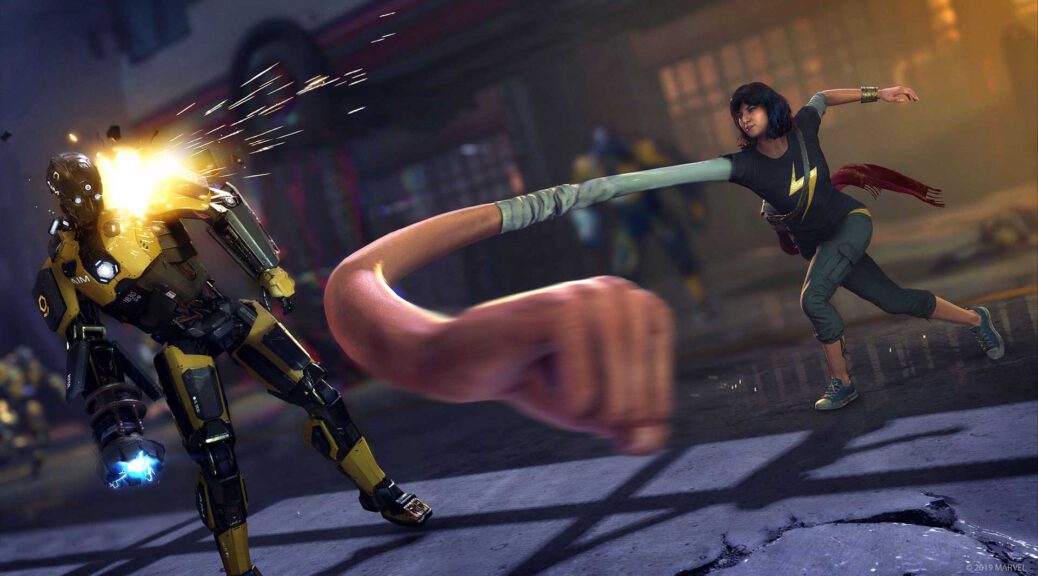 If you know me, you know I love to gripe about video game stories. More often than not, the emotions they try to convey fall flat, as if they feel forced and faked for some reason. Video game characters just don’t feel like real people, and most of the games I’ve played this year suffer from this. Control. Assassin’s Creed Odyssey. Even The Last of Us II seems to miss the mark, be it by design: This game constantly veers away from humanity on purpose.

Then why is it that a loot-based, mindless games as a service superhero brawler is the one to pull it off?

For those not in the know: Avengers is a newly released videogame banking on the success of the Marvel universe. It’s basically got six superheroes that can punch, kick and shoot their way through wastelands filled with robots. As they do this, they level up and get stronger. Over time, more superheroes will join the cast, which can also be leveled up endlessly.

These games are usually quite complex, so they need a sort of tutorial, usually in the form of a single player campaign. And funnily enough, this campaign is one of the most humane video game experiences I’ve played the last months. You are Kamala, a teenager given superpowers by a freak accident which caused the Avengers to split up. As she gets the crew back together, she grows into a superhero of her own. She’s also an insecure teen, an overexcited fangirl and a Pakistani-American Muslim.

Kamala is one of the better realized characters in video game fiction. She is human through and through, and never gets lost in the wildly escalating videogame plot. Whenever something crazy happens (and crazy things happen, this is the Avengers after all), there’s an important emotional question to back it up. It comes as no surprise that this story stems from Crystal Dynamics, who succeeded in humanizing Lara Croft in their Tomb Raider reboot. But it’s a breath of fresh air nonetheless.

Now if anyone wants to do some mindless superhero brawlin’, let me know!