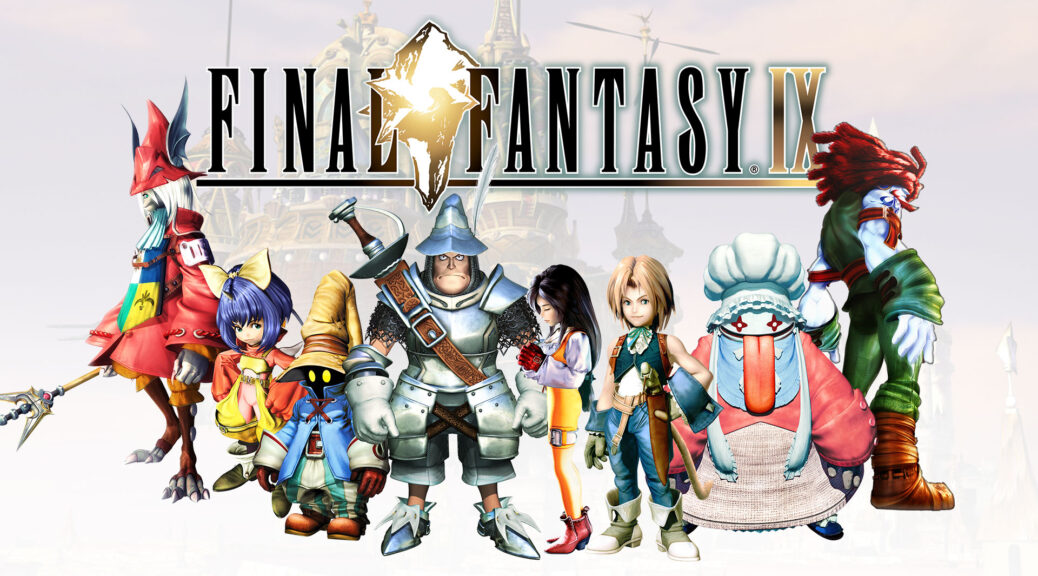 I’ve been replaying a lot of Final Fantasies lately. It started with 12 (the zodiac age!), a japanese star wars; then I switched to 7 (the remake!), the edgiest of the bunch barring 8, and then I landed on nine. And man, I love Final Fantasy IX.

When it came out in 2000 (a few years before I had a PlayStation and could actually play the damn thing at full-speed and not emulated on a PC without a dedicated GPU), Final Fantasy IX was supposed to be a victory lap of what was arguably one of the most successful video game series of the 90s. It had all the tropes and then some. And man, teenage me looooved me some tropes.

Now that I’m older, I enjoy Final Fantasy IX differently. I enjoy its incredibly rich world. Its amazing characters, who, like no other Final Fantasy, can carry both the comedy and the tragedy embedded in the wonderful script. And man, that music… it’s something else.

Unfortunately, it looks like a playstation game. Because it is. It’s got the crude models, the blocky backgrounds, that weird floaty polygon effect that happened because 3D graphics were just out of the Playstation’s reach. And because I always played it on a Playstation console (or a vita), I could do squat about it.

But now, for the first time in ages, I have a PC. And I can mod it.

Enter the Moguri Mod, a modification bigger than the game itself that, with a few clicks, transforms the game in widescreen and wonderful HD. Suddenly, those blocky backgrounds look the way they were intended, like wonderful paintings of beautiful locales; the music sounds amazing, and the character models… them polygons don’t float, man.

Just click the link and look at the trailer and tell me that ain’t the most precious thing ever!

Final Fantasy IX is my happy place. And now it’s a happy place that doesn’t look like shit.

PS Quina is the absolute best character ever and I won’t be convinced otherwise.