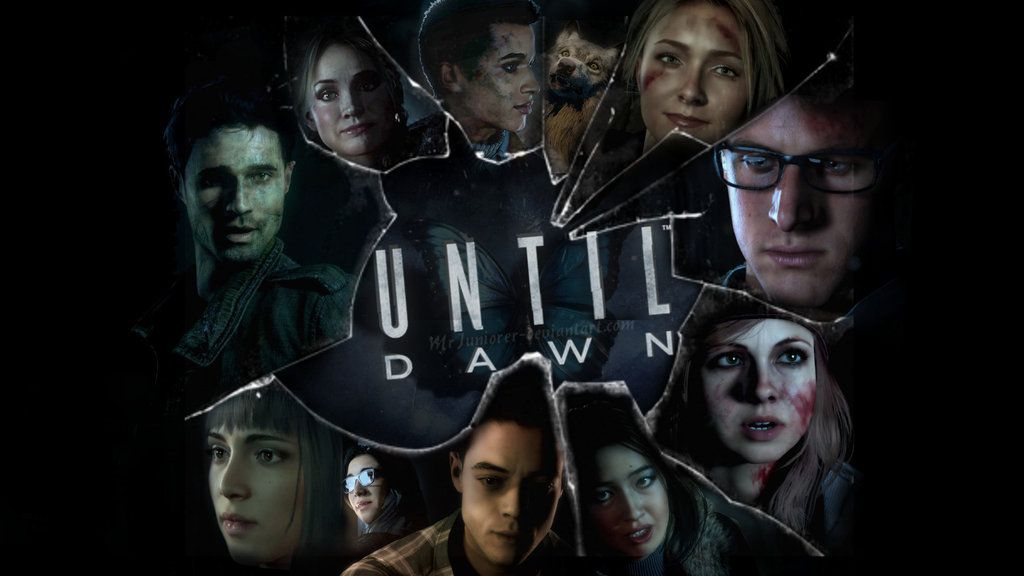 Like any selfrespecting author, there are plenty of things I absolutely hate about myself. But nothing is more annoying than my inability to deal with the horror genre. Yes, I’m a scaredy-cat – and never has this been more annoying than during my time with the PS4 horror game “Until Dawn”.

Because god damn, that game is good.

The premise is deviously simple: Until Dawn is a choose-your-own-adventure-style horror game, an interactive movie in which you alternate between eight teenage cliches as they try to survive a particularly gruesome night. So far, there’s been ghosts, werewolves, clowns, and – because the game keeps asking what I find scariest of all – a whole lot of scarecrows. God damn I hate scarecrows.

So how does this work? It’s quite easy: you play “scenes” from what is essentially an eight hour horror epic and sometimes, the game will ask you to make mistakes. Do you want Ashley to crush Chris superhard or do you want to give him the cold shoulder? Do you want to shoot a squirrel for fun? Watch out, that squirrel might just give you a bloody wound which a particularly scary clown murderer can smell five hours later.

You win the game if, at dawn, all characters survive. But it’s also impossible to know what will kill them or not. And that’s where the fun is: Wondering what the repercussions of your micro-decisions will be. The characters are all perfectly tailor-made to kind of *want* to kill them, but they’re also kind of endearing in their own right – because their dialogues are incredibly witty. It makes role-playing as “the cool jock with abandonment issues” all the more fun – and it’s amazing to see him hung from a meat hook later on.

So yeah, I love this game. But I play it five minutes at a time with cozy music in the background. And if one more ghost suddenly jumps on the screen, I will lose my shit and hurly my controller at the TV.