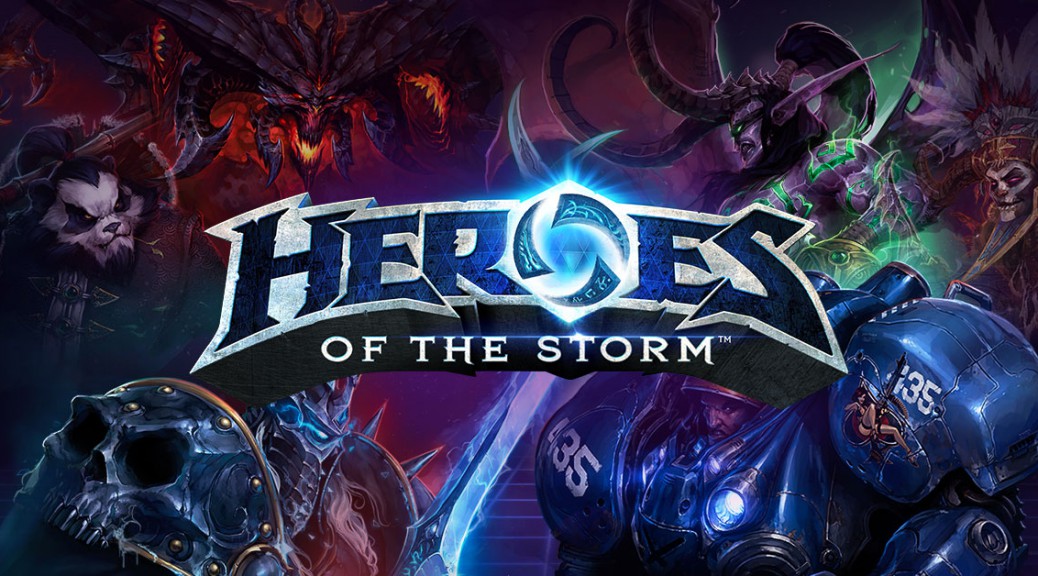 Yeah yeah, I know what you’re going to say – I’m already an asshole, yadda yadda, apply water to burn, etc. But is that true, really? If you look into yourself, when have I ever been truly nasty to you from the bottom of my heart?

Okay, yeah, sure, that one time, but you had it coming.

Which is why I steered clear of games like Defense of the Ancients or League of Legends. In these multiplayer Moba-style games, you take the role of a hero and, along with four other players, try to grab hold of the enemy base while the opposing team tries to do the same. Not only are these games notoriously hard to master, but they’re a cesspool of verbal abuse. Within ten minutes of my first real Dota game, one of my teammates advised me that I should get neutered. That’s right. Neutered. Because I was bad at games and I would undoubtedly hand this terrible disease on to my next of kin.

So I was not entirely without reservations when I installed Heroes of the Storm – Blizzard’s take on the Moba genre. In it, Blizzard heroes from all of their universes duke it out like that absurd fanfiction I wrote in the nineties. The game sports some key design differences that make it more accessible – it uses team effort to increase the players’ levels instead of personal skill, for instance – and I really like Uther, so I figured: Why not?

So I started playing. And I sucked. Yet nobody wanted to sterilize me. Maybe they did, but they didn’t openly admit it. Someone called me an idiot. But this is the internet, so he was essentially slapping me with a puppy. I liked the game, kept playing more games, got better at it, picked a hero I really liked, started winning more games and got a feeling I had never experienced before: I was actually enjoying a multiplayer game.

And then I started noticing it. That one guy. The one who idles in base for too long. Who is jungling when he shouldn’t be. Who keeps overextending himself and dying. Whose terrible decision-making costs us the entire game. At these times, I want nothing more but to ram down on the enter key and type the best-phrased line of insults to this random guy on the internet, just because he is keeping the team down and wasting everyone’s time. And I don’t want to brag, but my eloquence would totally reduce this guy to cinders like that guy who opens the ark in Raiders of the Lost Ark.

But I don’t. Because I’m a grown-up. Grown-ups don’t call people morons. No do they tell people to get sterilized. Grown-ups know eugenics, and grown-ups knows how genetics work.

Then what do grown-ups do?

They ping the noob endlessly so everyone can look at his glowing icon on the minimap  and see for themselves what a moron he is.